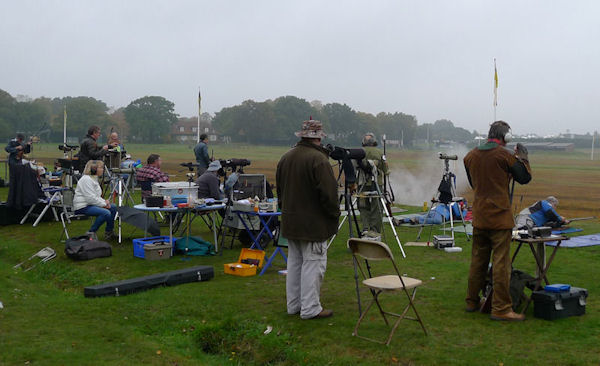 Invitations for the 11th MLAIC World Long Range Muzzle Loading Championships have been circulated by the Sporting Shooter’s Association of Australia (SSAA).

Competitions will be on the Murray Bridge Rifle Clubs “Deed Range”, which is part of the Monarto Range complex where the 2000 and 2008 Short Range World Championships were held.

No further details curently available. Information and entry forms will be forthcoming later this year.

Members seeking a place on the team are urged to contact the Team Captain promptly. It is important that this should happen sooner rather than later in order that training can be planned and advantage can be taken of any early booking deals for flights, hotels etc.

If you want the chance to see a bit more of the world while competing at the highest level in our sport please get in touch with the Team Captain. Contact details were published in the Spring 2016 edition of the MLAGBs ‘Black Powder’ magazine.

It is understood that South Africa, Spain and the USA, have already confirmed their participation.
at 11:30:00

Email ThisBlogThis!Share to TwitterShare to FacebookShare to Pinterest
Labels: MLAIC

Members spent a full day shooting at 1000 yards on Bisley's 'Stickledown Range' on Sunday 5 June 2016. The Branch 1000 yard Championship is a demanding 30 shot course of fire, completed over two details, one morning and one afternoon. Shooting was hard work in the unbroken sunshine we had nearly all day, after light cloud cleared. 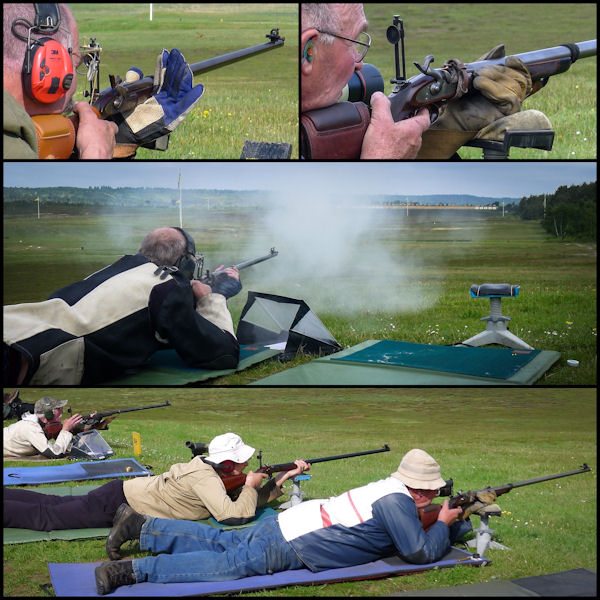 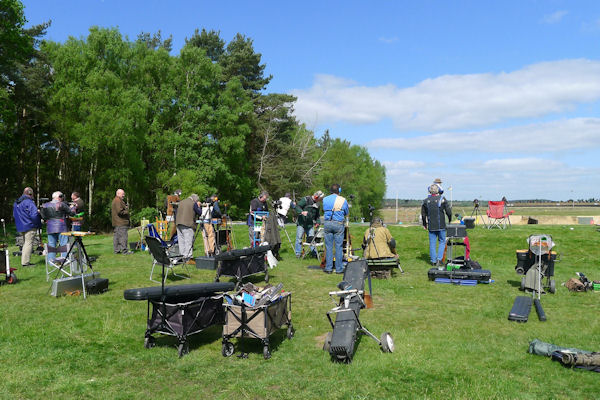 The Branch competition season commenced on 8 April at Bisley. Not an easy start this one – the Asquith Cup is for Enfield rifles and comprises an aggregate of 15 shots at each distance, 600 and 800 yards.

It is likely the most challenging of all competitions for this class of rifle. It also enables opportunity to assess the accuracy potential of the muzzle loading Enfield rifle under the ‘controlled conditions’ of a shooting range, as opposed to the chaos of a battlefield.

Due to changes imposed by the NRA, the MLAGB can no longer hold their National 200 yard Rifle Championships as booked for Saturday 9 April. The Branch has worked with the MLAGB to enable rescheduling of the 200 yard Championship to Friday 3 June at Bisley.

The Branch is pleased to learn that member Alan Beck has volunteered for, and been appointed as the Great Britain Team Captain for the MLAIC Long Range World Championships in Australia, 2017. This year then will be an important one for members wishing to be considered for selection to the GB Team and they should let Alan know so he can keep track of results through the years competitions.

Branch competition commences at Bisley on Friday 8 April with the Asquith Cup. This is a challenging aggregate competition for Enfield rifles with 15 shots at each distance, 600 and 800 yards. It offers a fascinating opportunity to gain some insight into how accurate this military rifle can be at long range under the controlled conditions of a target shooting range; ie. known distances, slow fire, prone shooting, and no one firing back at you! This ties in with the weekend shooting of the MLAGB National Rifle Championships at 200 and 300 yards.

May sees opportunity for shooting military match rifles at 600 yards on Friday 13 May in the Volunteer Trophy competition, and the following day match rifles in the Branch 900 yard Championship for the Barry Custance-Baker Trophy. This weekend concludes with the MLAGB National 500 yard Rifle Championships.

The last of the MLAGB National Rifle Championship matches fired at mid-range is at 600 yards and held on 4 June. All these Championships have competition for both Enfield rifle and target rifle.

The Branch 1000 yard Championship takes place on 5 June and comprises 30 shots; a long course of fire requiring consistency over the day of shooting.
at 16:02:00